We decided that throwing things up in the air over our heads was a bit tough, so we picked on some things which were already over the lip of the dumpster: the second floor. As a bonus, the second floor also smells quite a bit less.

Even though we cleared a space by the front door in our last session, the door is nailed shut because of the state of the lock and the jamb (rusted and busted respectively), so we still have to climb through the pile in the kitchen to get inside.

There is a window in the largest room that overlooks the dumpster, but it was blocked up with stuff (go figure) and had to be cleared away first. 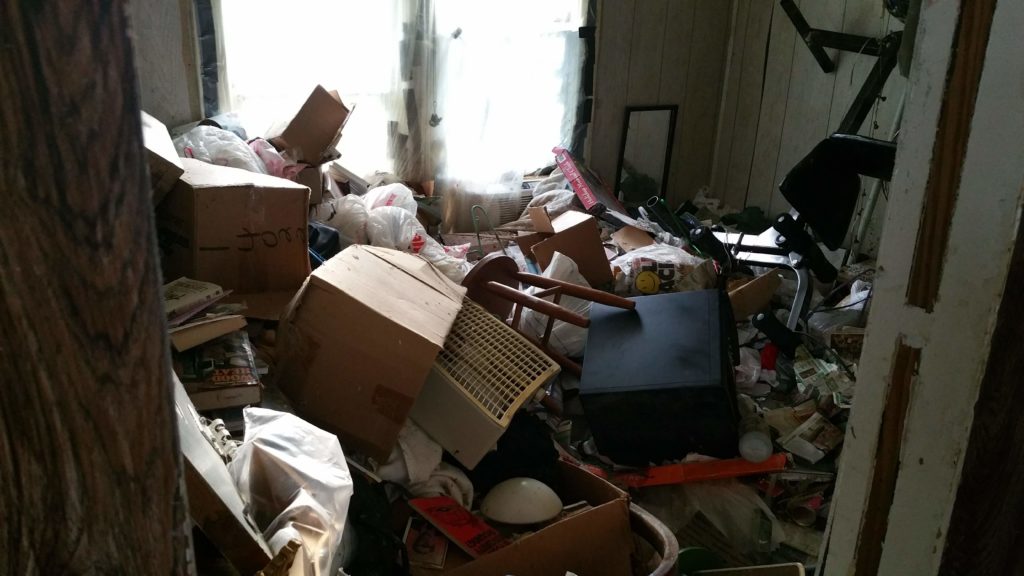 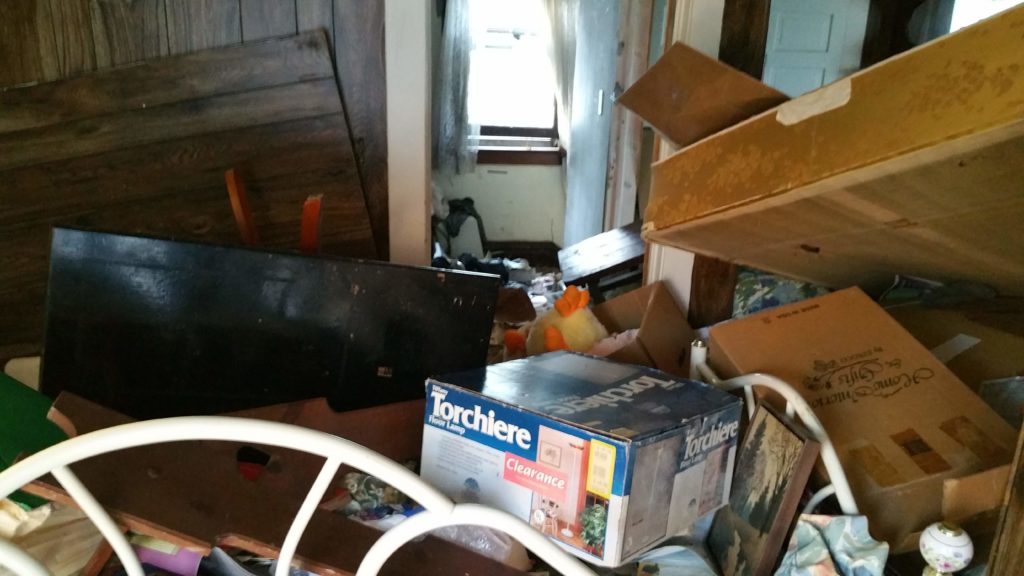 Looking back towards the hall, where the picture above this one was taken.

An extra doorway was seemingly cut into the front bedroom, but its not clear which of the two doorways that was…

Not only were the windows taped over with plastic (long degraded), but they were also caulked shut, locked, and external storms and integrated screens added. We cut and pried everything open to get a good view into our dumpster. 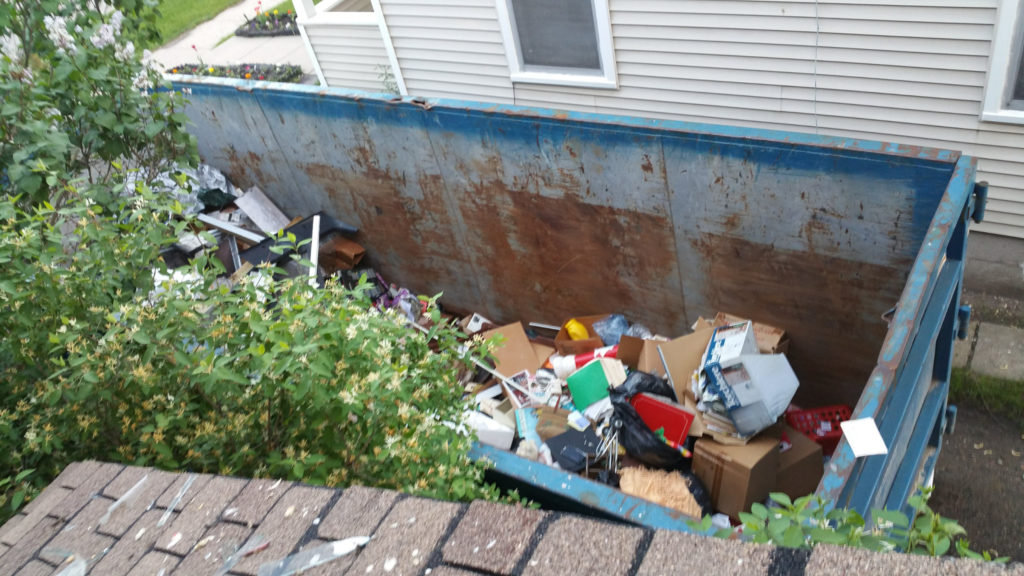 After a few rounds of trash tossing. As you can see, one of the storm windows was a bit… stubborn.

From here, the excavation can begin!

All but the tape recorders had to go due to parrots and mice attacking them; we are saving the reel-to-reels for a display project elsewhere. 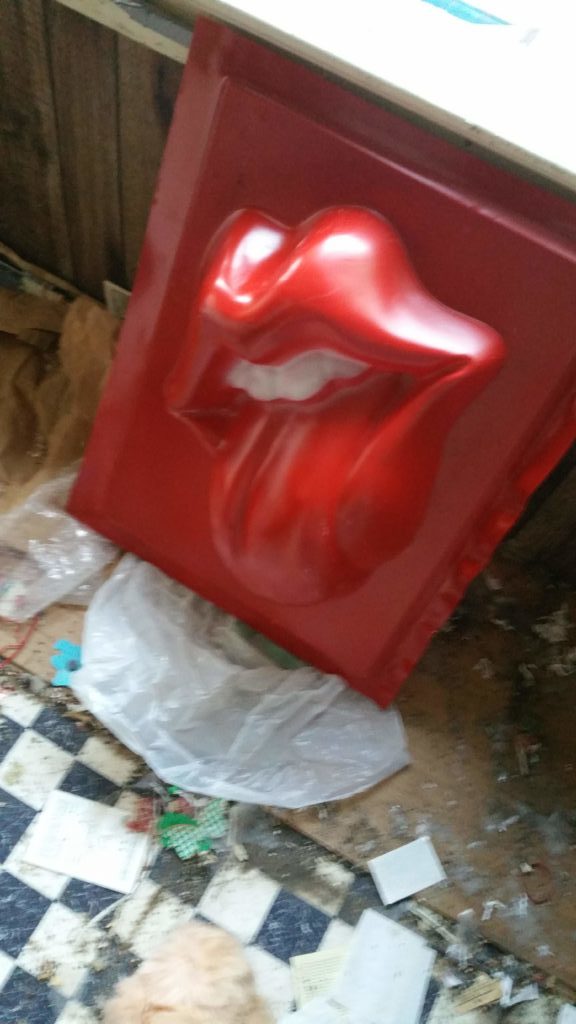 Not sure what good this would do anyone. 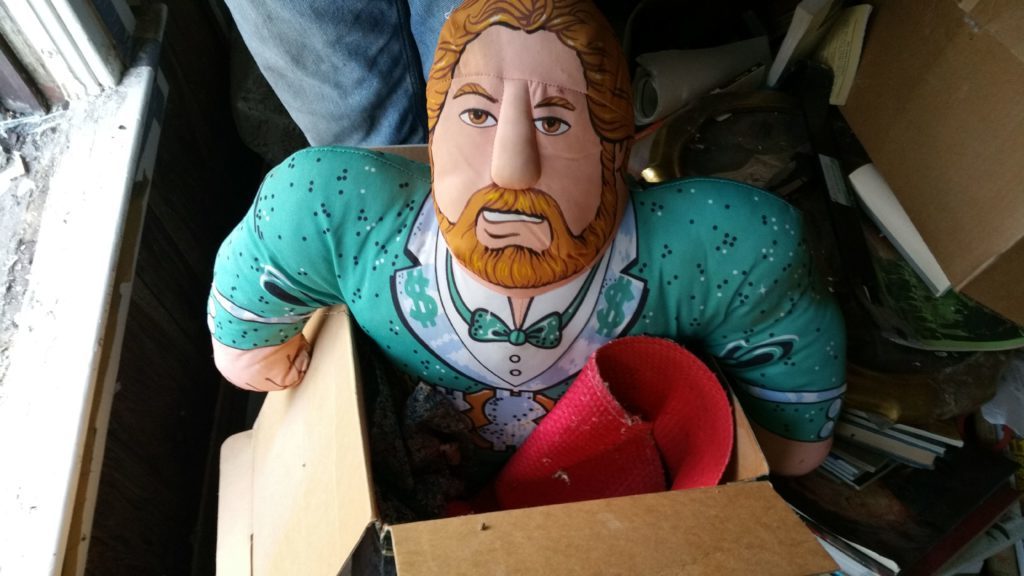 Its really too bad his legs are missing. 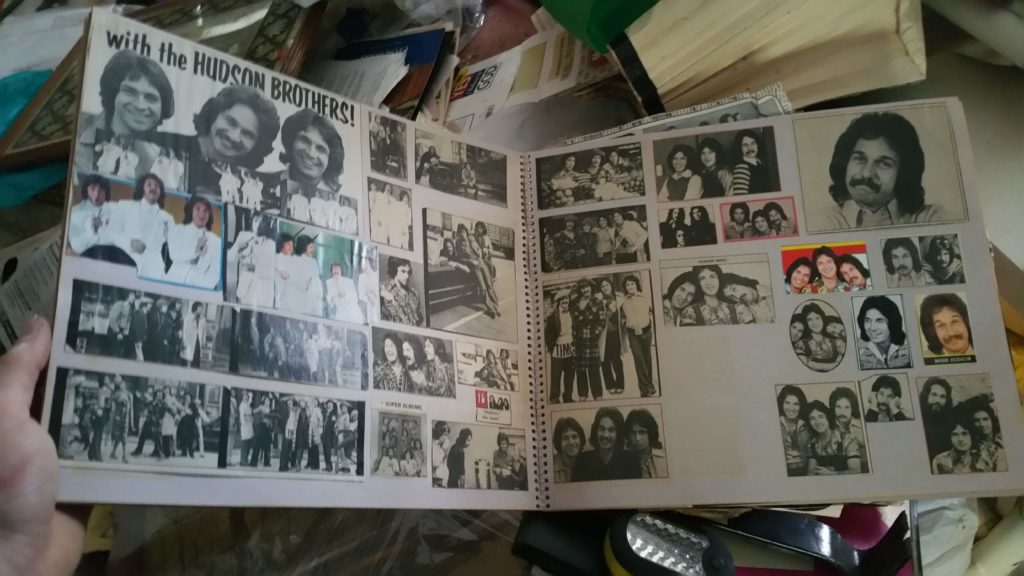 Straight out of the razzle dazzle warehouse. 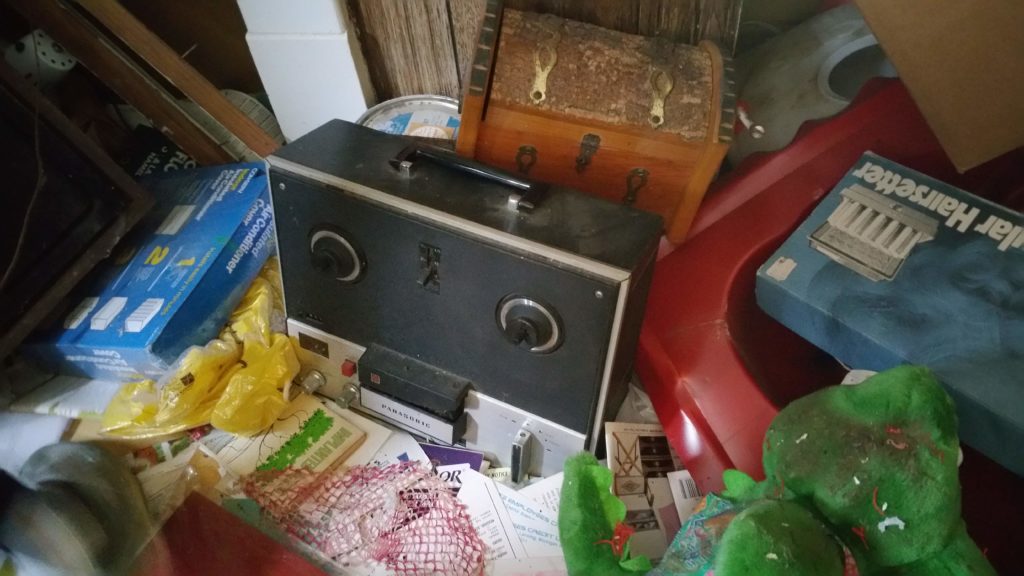 The cover and tape reels were right nearby; these will be neat display pieces!

After a few hours of accidentally punching the window frame while extracting full boxes of women’s interest magazines, specialized cook books, and partially used beauty products, our dumpster is sitting around 1/3 full! That unfortunately means that there’s another 4 days of work before we can call it totally full and have it replaced.

I think a shorter one is in order next time…

After those few hours, we were able to see a few square feet of floor: 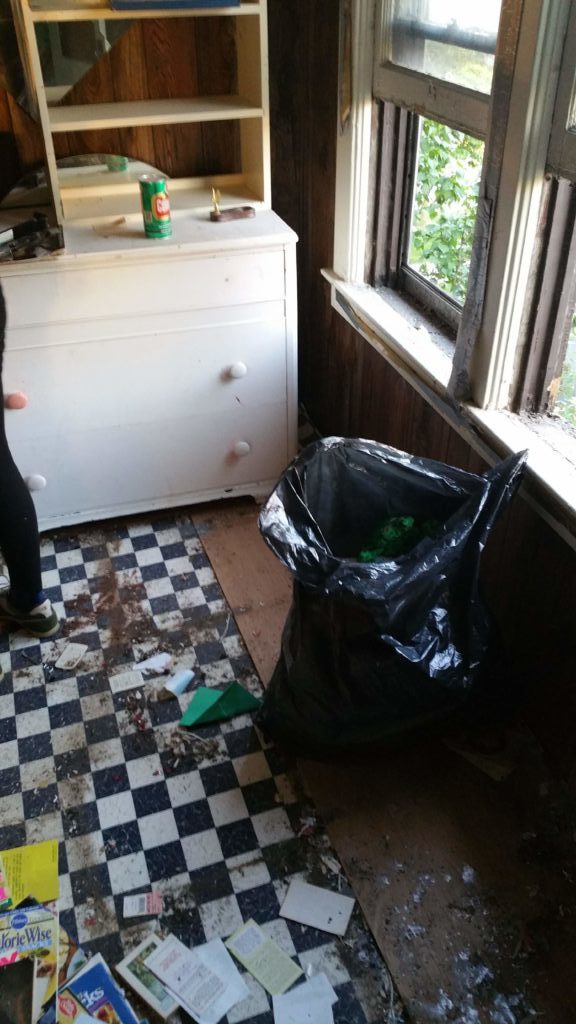 This should make a good landing area for getting other things out the window, once the day bed is disassembled and the mattresses removed (they won’t make it out the window).

Our plan now is to continue clearing out the second floor before proceeding downstairs, since throwing things out the window is super satisfying and fast, and if we fill the large dumpster, a shorter one will make the first floor that much easier.

And then… the basement…